Gond Art. The word makes you think of some 3D raised dotted art. You would be close. Gond is the name of a central Indian tribe, a tribe that has recently come into the limelight.

For the Gondis, this was an offering to nature, a way to ward off evil and bring in good luck. They believed everything around them rock, river, mountain are all imbued with a life force and were sacred. This is what they depicted in their paintings as well.

They were the seat of power and urbanization. Time turned against them and they were forced to abandon their artistic ways of making a livelihood to work as day labours and farmers for sustenance. Slowly, as more and more people headed out to work, the chance of Gond art fading into memory never a more real threat.

They are now farmers and day labour. The few who still paint, traverse the country, setting up ‘shops’ on the streets in the hopes of making a sale. They are not well funded and lack the infrastructure to establish themselves as painters.

The paintings were originally made of natural pigments such as charcoal, leaf sap, different coloured mud and such. In today’s day and age, with dwindling natural resources, they have now started using poster colours on canvas.

Gond art is a dance of dots and dashes that add movement and fluidity to the flat canvas. Gond art is made of thin carefully drawn lines that impart a sense of movement to the images. The paintings take inspiration from nature and from their history, myths, and legends. These representations can be found across the paintings. They tend to often be animistic or represent scenes from the stories told in their religion and faith. But they ever-so-often cover abstract concepts like dreams, imagination, and emotion. 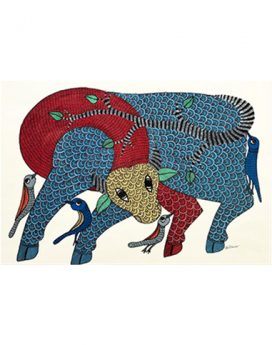 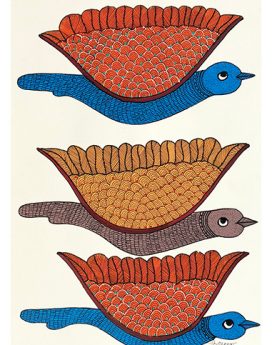 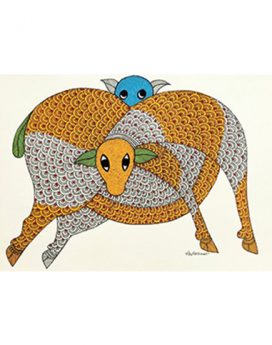 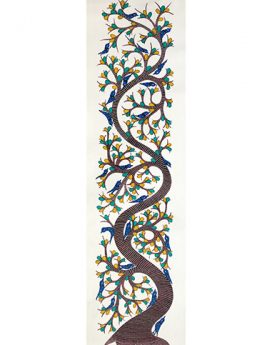 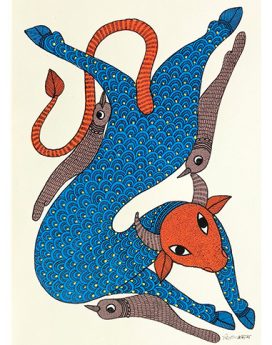 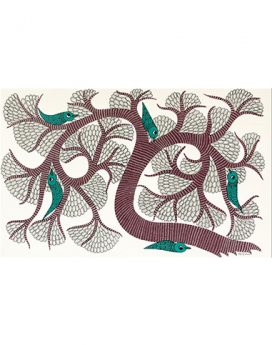